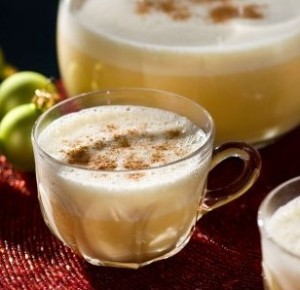 A couple of weeks ago while putting away the grocery order, my wife discovered the market had included two bottles of eggnog without her knowledge. When contacted about the error, the store manager explained they were given as apology for the unusually large number of out of stock items in our order. So later that evening when I arrived home she informed me that, thanks to the kindness of our grocer, this year I wouldn’t have to make eggnog.

Later that evening as I enjoyed a glass of the free beverage spiked with a bit of Wild Turkey bourbon, my mind wondered: “What brought about the discovery of this traditional Yuletide concoction?”

Many historians believe that a 14th-century British medieval drink called “posset” was eggnog’s predecessor. Posset was a drink made of hot milk curdled with wine or ale, often sweetened and 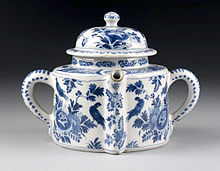 spiced with ginger, nutmeg or cinnamon. By the 16th-century, beaten eggs and sherry were being added and the beverage became a winter social drink with the upper class (after all, it was only they who could easily afford milk, eggs, and sherry). Popularity of this enriched beverage grew so much that special “posset sets” were designed and gifted for the purpose of mixing and serving the stuff.

By the 18th-century, eggnog found a whole new audience in the American colonies. Many of the colonists were farmers, so eggs, cream, and milk were plentiful, but since sherry was both scarce and expensive, our founders simply replaced it with much cheaper booze–rum. Later in the 1700s, many early Americans used whiskey or just about any kind of alcohol available to spike their eggnog.

The Eggnog Riot of 1826 took place in West Point, New York at the United States Military Academy on December 24 and December 25, 1826.

Earlier in the year, the Superintendent of West Point, Colonel Sylvanus Thayer, had banned alcohol from the premises. It was a rule put in place because in previous years at the annual Christmas party, cadets had managed to bring a lot of whiskey onto the campus and mix up some very potent eggnog.

According to Smithsonian magazine at least 90 cadets partook of the eggnog and before the evening was over all hell had broken loose. Two officers were assaulted, windows were broken in the North Barracks, and banisters were torn from the stairways. There were also plates, dishes and cups smashed into little pieces.

It was apparently quite a night.

One month later, the school court marshaled 19 of the worst offenders. Ultimately, eleven of the cadets were expelled from the school.
Oh, one more thing: One of the revelers was none other than Jefferson Davis, future Confederate States President during the Civil War. He did not face expulsion

One thing is for sure, eggnog produced by the colonists was not for the faint of heart. One famous alcohol-heavy eggnog recipe created and served to visitors to his home at Mount Vernon is by none George Washington:

I can only suppose that George tasted his brew a little too frequently while writing down the recipe, as he totally failed to provide the number of eggs. His cooks at the time, could only guess the correct number to be a dozen.

It seems the etymology of eggnog, like so many of our foods, is somewhat cloudy, though a number of theories abound. The most plausible explanation may come from Frederick Douglass Opie, a Babson College food history professor. According to the professor, the term is a combination of two colonial slang words–grog (for rum) and noggins (the small wooden mug in which it was served in). It is thought the drink was first called “egg-n-grog” and later become eggnog.

Supposedly the first use of the word eggnog was in a poem by the Maryland clergyman and philologist Jonathan Boucher in 1775. However it was not published until 1834, some thirty years after his death. So the first time the term was used in print was in a 1788 piece in the New-Jersey Journal.

Traditionally eggnog is made from milk, cream, sugar, egg yolks, vanilla, and nutmeg. Some commercial eggnog producers attempt to save money by cutting down on eggs and cream and adding gelatin to thicken their product, so it pays to read the ingredient label when buying eggnog from the store. And while eggnogs made prior to the 1940s almost always included liquor, today

the addition of rum, whiskey, brandy or sherry to either homemade or commercial eggnog is optional.

So there you have it. From a beverage that started out as a wine and milk punch used as a remedy for colds and minor illnesses, to an upper-class drink used for formal parties, to America’s favorite Yuletide treat. Eggnog.

Make It: My Favorite Eggnog Recipe