Thanksgiving is by far one of America’s most celebrated holidays—the quintessential food holiday of the year. It’s the one holiday where even the most heathy of us throw out our diets and spend the day seeing who can unashamedly be the biggest glutton by gorging ourselves with stuffing, giblet gravy and cranberry sauce, potatoes, green bean casserole, Brussels sprouts, pumpkin pie . . . and of course, turkey.

But have you ever wondered why turkey?

Many Americans, when asked that question, refer to the “first Thanksgiving” and say that we are simply emulating the foods shared by the Pilgrims of the Plymouth colony and the local Wampanoag Indians during their three-day harvest feast in 1621. But the truth is, while wild turkey inhabited the area and was a favorite food of the local Native Americans, there is no direct evidence that turkey was part of that celebratory feast.

Probably the best accounting of that feast comes from Edward Winslow, author of Mourt’s Relation: A Journal of the Pilgrims at Plymouth. And while Winslow’s first-hand accounting of that day does speak of the Pilgrims gathering “wild fowl,” he makes no explicit mention of turkey being a part of that meal. Most historians seem to believe the reference to fowl was more likely that of ducks and geese. Winslow’s document also refers to the Wampanoag’s contribution of five deer to the feast, leaving us to conclude that roast venison was the major meat dish. Other foods served at this festive occasion likely included lobster, clams, fish, fruits and berries, corn, and squash.

Exactly when and how turkey came to be the centerpiece of our Thanksgiving table actually remains one of those many time-lost food mysteries. Some credit Sarah Joseph Hale, who was instrumental in getting Thanksgiving declared a national holiday, to bringing turkey into prominence with her extensive and graphic description of a New England Thanksgiving in the 1827 novel Northwood. Others say it was Charles Dickens’ 1843 novella A Christmas Carol that strengthened the idea of serving turkey as a holiday meal in which Scrooge, after repenting, sent the Cratchit family a prized turkey instead of the traditional English goose.Still others claim it was Alexander Hamilton’s love for the bird, declaring, “No citizen in the United States should refrain from turkey on Thanksgiving Day.”

There are also some practical reasons why colonial Americans choose turkey as their main Thanksgiving entree. The wild turkey was plentiful and free for the taking and large enough to feed a table full of people. The turkey has little utilitarian purpose compared to cows and to chicken, which also provide eggs. And they’re not so common as pork, making them a suitable choice for special occasions.

Throughout the 17th century a day of thanksgiving following the annual harvest continued to be a New England custom, although an official day for that celebration had not yet been established. Then in 1777, following the Patriot’s victory at Saratoga providing the turning point of the Revolutionary War, the Continental Congress proclaimed the first American thanksgiving.

George Washington, at the request of Congress, declared November 26, 1789 a “day of public thanksgiving and prayer.” But it was Abraham Lincoln who in 1863 proclaimed Thanksgiving a national annual holiday, although it took almost another forty years to become popular throughout America.</p>

While Americans had come to observe Thanksgiving on the last Thursday of November, the day Lincoln made his historic proclamation, Lincoln never set an official date for its celebration. So in 1939, Franklin D. Roosevelt decided to correct this overlooked point and issued a proclamation making November 23 Thanksgiving Day, a decision that proved highly unpopular. In fact, many Americans refused to honor Roosevelt’s declaration. On November 26, 1941, Roosevelt bent to the will of the American people and signed a bill into law making the fourth Thursday in November as our official Thanksgiving Day.

Private citizens have gifted turkeys to our presidents for as long as it can be remembered. In fact Horace Vose, a Rhode Island turkey farmer, gave a turkey to the President every year from 1873 until his death in 1913. While many of the donated turkeys were of course eaten by the President and his family, many more were spared for various reasons—John F. Kennedy, Richard Nixon, and Jimmy Carter refused or returned their turkeys.

Ronald Regan started a new tradition when he was the first president to officially “pardon” his turkey, Charlie, a fifty pound Broad Breasted White turkey tom. Likewise, George H. Bush and every sitting president after him have ceremonially pardoned their turkey each year during the National Thanksgiving Turkey Presentation in the White House Rose Garden.

Wild turkeys, their population once considered endangered in the 20th century, today are once again in the millions and modern breeding has made domestic turkeys more affordable than ever. These facts ensure the turkey will continue to be the centerpiece of America’s Thanksgiving dinner table.

For those readers who want a taste of a presidential turkey I’ve included a recipe by René Verdon, White House Executive Chef hired by Jacqueline Kennedy in 1961. Verdon served both the JFK and LBJ administrations. I hope you’ll try it.

To test for doneness, move the leg joint up and down. It should give readily.

Thanks to the The White House Historical Association for supplying this recipe. The Association produces the Official White House ornament each year honoring presidents in sequential order as well as a number of books and a quarterly magazine each year related to White House history. 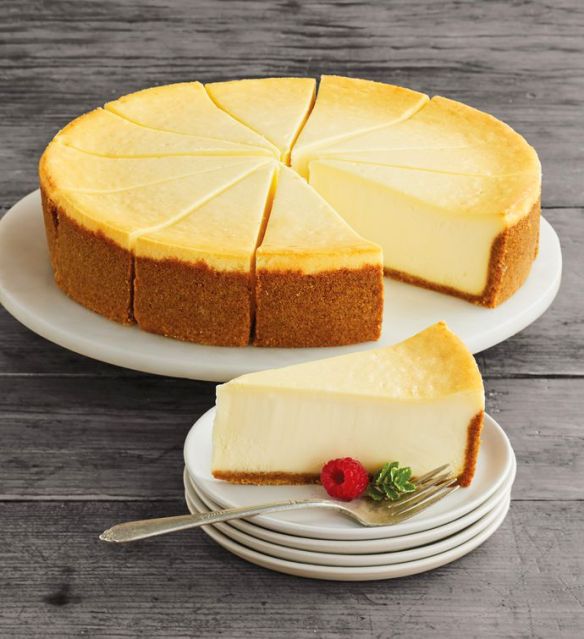 Cheesecake has long been one of America’s favorite desserts, with annual sales exceeding $400 million. The Cheesecake Factory alone sells almost 35 million slices of its namesake each year, in addition to an untold number of whole cheesecakes. Another attribute to cheesecake’s popularity is that the cast of Golden Girls devoured over 100 of these creamy desserts during its 7 seasons, in spite of Bea Author hating them.

But have you ever wondered who invented cheesecake, and when?

Our story begins in Greece more than 4,000 years ago on the small island of Samos in the Aegean Sea. There is evidence that shows the Greeks enjoyed cheesecake in 776 B.C. during the first Olympic Games. Cheesecake at that time was usually reserved for weddings as well as other special and religious events.

The first cheesecakes known as “plakous,” were simply made using only flour, wheat, honey, and cheese, a far distant cousin to the more complicated variations found throughout the world today. Although Greece had been making their ancient cheesecakes for some 2,000 years, it was not until 230 A.D. that Greek writer Athenaeus wrote down what is believed to be the first known recipe.

When the Romans conquered Greece in 146 A.D., they made cheesecake their own by adding eggs and crushed cheese. They called their cheesecake “libuma,” or sometimes “placenta.” And like the Greeks, the Romans reserved libuma for special occasions, as well as an offering to their gods. In the 1st century A.D. Marcus Cato, a Roman physician and politician, included in his writings De Agricultura a recipe for libuma, which called for “2 pounds of cheese well crushed in a mortar, 1 pound bread-wheat flour, and 1 egg. Mix together well and form into a loaf and bake slowly under a brick and serve warm.”

From Rome, cheesecake spread throughout Europe, and eventually to the Middle East, North Africa and Russia, with each region adding their own unique twist based on culture and available ingredients.

It didn’t take long before cooks throughout Europe began experimenting with a variety of techniques and ingredients in an attempt to make cheesecake uniquely their own. Even early European royalty got in on the act with each king trying to outdo the other. King Richard II had his chef write Forma di Cury featuring a cheese tart and another cheesecake recipe. Then in 1545, King Henry VIII commissioned A Proper New Booke of Cokerye, thought to be the first printed cookbook and included the King’s favorite cheesecake recipe.

So popular had cheesecake become in Europe that it’s no surprise the early American colonists brought with them both their love and recipes for this delicacy. In the 1730s Philadelphia had the Cheesecake House Tavern where one could enjoy a slice with their ale. In 1749 Martha Washington’s first husband Daniel Custis gave her the <emBooke of Cookery and Booke of Sweetmeats as a wedding gift. It contained three cheesecake recipes and a baked “Curd Pudding,” a cheesecake without a crust. 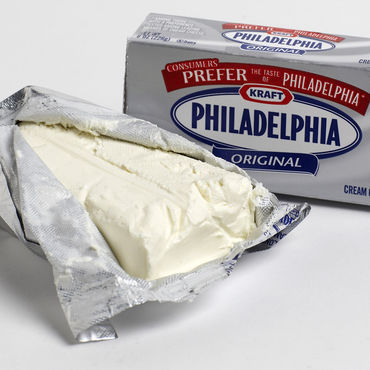 In 1872, American dairyman William Lawrence of Chester, New York accidentally invented cream cheese while trying to reproduce Neufchâtel. This new cheese was distributed in a foil wrap under the name of Philadelphia (yes, the same brand available today); enabled Americans to produce cheesecake with a more dense and creamer texture than was previously possible.

While cream cheese recipes such as “Cream Cheese Pie” and “Cream Cheese Cake” were published in late 19th and early 20th century cookbooks, it was the mid-1920s and the addition of stabilizers in its production that Americans began experimenting in earnest with using this new cheese in their baking. Previous to this addition, cream cheese would “break” and become grainy during the baking process. 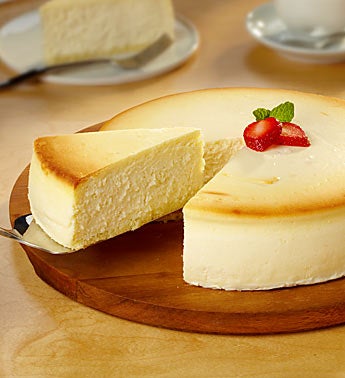 Enter Arnold Reuben, a German-Jewish immigrant restaurateur and inventor of his very popular namesake sandwich of corned beef, Swiss cheese and sauerkraut on grilled rye. As the story goes, in 1929 Reuben attended a dinner party where he was taken by the cheese pie served for dessert. After acquiring the recipe from his hostess, he began experimenting with replacing the curds with cream cheese. By the early 1930s Rueben began serving his new cheesecake, dubbed New York Cheesecake, in his Turf Restaurants where it garnered high raves from customers.

While it was Rueben who introduced New York to the cream cheese cheesecake, it was Leo “Lindy” Lindemann who brought it into the forefront. In 1921, Lindy and his wife Clara opened a deli in Manhattan’s theater district. Said to have hired Reuben’s baker, Lindy’s featured a cheesecake topped with a strawberry gel.

Today most cheesecakes produced in the United States use cream cheese as the primary ingredient, although there are numerous variations. Probably the two most popular U.S. cheesecakes are Junior’s in New York and Eli’s in Chicago.

Did you know that cheesecake is not really a cake? Because it contains eggs and no flour it’s actually classified as a custard pie, although some consider it a flan, tart, or torte.

But whether you think of it as cake, pie, or a flan, there are two basic varieties of cheesecake—baked and unbaked. And among baked cheesecake in this country, probably the two most popular styles are New York and Chicago: 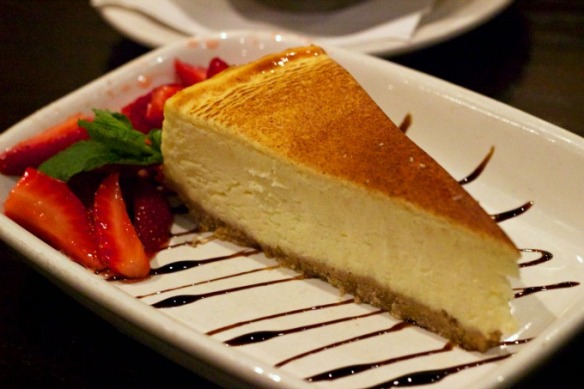 Almost every nation on the planet has its own take on cheesecake. Some of those styles and variations include: